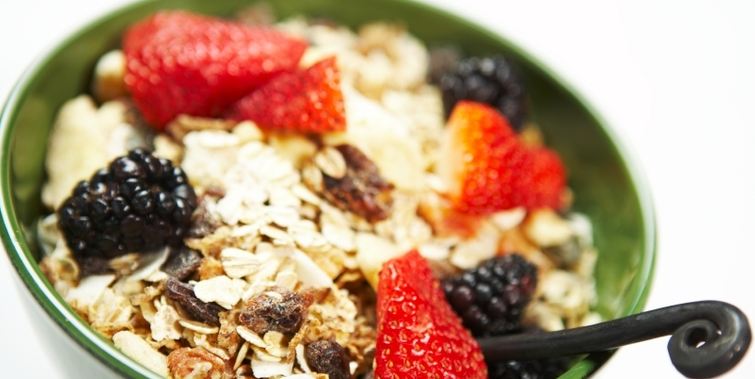 This week is going to be a great test to my endurance as I’m planning on tackling several low limit SCOOP events on PokerStars so as the first part of my journal, I wanted to address some diet tips while preparing to play long events.

With fields that can reach tens of thousands of players, it’s bound to be a long day if I make a deep run. However, I do believe I have a slight advantage over typical poker players, at least in the stamina department, as I do not consume mass quantities of sugar-filled energy drinks that seems to be all the rage these days.

The reason why I believe I have the advantage is that in general, I avoid consuming sugar as it is not an efficient form of energy for your body. While sugar can give you short bursts of energy, the aftermath effects that your body goes through when crashing off a sugar and caffeine high are even more detrimental to your mental fatigue.

Energy drinks are not the only thing I try to avoid. Your breakfast is the most important meal of your day and will set the pace of your energy levels as time goes on. Although cereal tends to be one of the most popular choices for a “healthy” yet convenient quick meal, the sad realization is that most commercially available cereals are loaded with sugar – which is why I go to my local bulk store to procure my very own custom meusli mix.

I’ll start with a base mix of steamed oats and then add a variety of whole grains, nuts, seeds or unsweetened dry fruits. Finally just before serving, I’ll add a little ground cinnamon for flavour and some sliced fresh fruit. The nuts and seeds may be high in fat and carbs, but they break down more slowly and provide a more efficient distribution of energy throughout the day.

I also do not regularly consume any soda pop or other similarly sweetened store-bought juice. Instead, I drink an unsweetened home-made iced green and apple herb tea combination, flavoured with a stick of cinnamon. The green tea provides a small caffeine boost but is not as highly concentrated as coffee or energy drinks. It’s also very low in calories compared to those other kinds of refreshments yet still provides several anti-oxidants and similar health benefits as a bonus.

It wasn’t easy to cut sugar massively out of my diet but the dividends have paid off enormously. It took a few months for the changes to kick in but eventually I noticed I no longer had as much of a sweet tooth. I used to undergo massive energy crashes in the early afternoons as the sugary boosts from breakfast cereals wore off. However, since drastically cutting back on the sugar I intake, I’ve experienced a more even flow of energy throughout the day, which in turn has given me more mental concentration when I need it deep in a tournament.

Next week, we’ll take a look at the results of my SCOOP events on PokerStars. Until then, good luck on the felts!