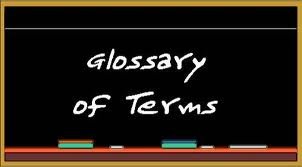 As we provide more articles about poker strategy, there may be a time when we discuss a term that you are not familiar with. Therefore we have created this glossary to help alleviate that problem.

To start, we have added a sampling of basic poker terms, but as we delve into more complex issues, we’ll continuously add new entries, so please consider this an ongoing project.