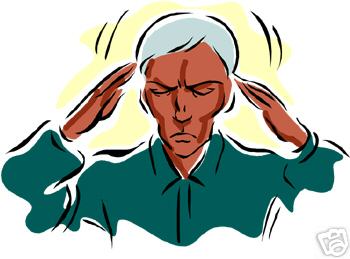 Normally when one thinks of a “tell” in poker, they imagine one’s use of body language as the key indicator of the strength of their opponent’s hands. Some may even overlook the possibility of tells in online poker since there is typically no physical view of their opponents. However, there are actually three important factors you can observe that, with practice, can give you a huge edge against weak opponents: the speed in which they act to check, bet or raise, the size of their bet, and their verbal chat.

Note: These tells are common to the average beginner poker player (ie the majority of the internet) but expert players will also attempt to use these tells to give off false information. This is an example of why it’s crucial to observe a cash game table beforehand in order to gage the type of opponents you’ll face. Remember this: it only takes one bad player to make a table profitable.

The Long Pause: If a player takes a long time to act and then makes a bet, it’s a good indication that they have a strong hand as they are not always sure how to play it. If, however, they take a long time to just check, it’s likely they have a weak hand or a draw.

Instantaneous Action: Almost of poker sites will have action boxes that you can check off to automatically make your next play. It is not advisable to use these options, however, as they can give off the strength of your hands. For example, if your opponent has clicked the raise any box, it’s a pretty strong sign that he has a powerful hand. Reversely, if they instantly check, it’s likely they clicked the auto-fold button and a small bet will take the pot.

The Quick Call: When a weak player makes a very quick call against your bet, it’s very likely they have a drawing hand. Make them pay to draw with pot sized bets but be cautious if the board fills up with their possible outs.

Keep track of the size of bets your opponents make in different board situations. Humans are creatures of habit and many beginner players will bet the exact same way every time. This makes it very easy to put them on a range of hands if you are observant enough and keep good notes on your opponents. A little effort can go a long way!
Min Bets: Some tight players will make a lot of minimum bets when they have weak hands as a way to test the waters. A timely re-raise can usually get these players to lay their hands down. However, be also wary of tricky players that use a minimum bet to build pots when they have monsters.

The Over-Bet: Bad aggressive players who miss their draws will sometimes put in large over-bets on the river, hoping to scare their opponents away. These can be very profitable situations if you can identify these types of players. It can take a lot of courage to call down a huge river bet with just middle pair or less but players who are able to correctly decipher these kinds of situations are well on their way to becoming future champions.

Some internet players just can’t help themselves and get super angry over bad beats – or even their own bad play. They will curse and belittle other players in chat and likely will start making even more bad decisions. The same can be said for players that verbally express their frustrations over never hitting their hands. These types of players can spew off their chip stacks with any two cards and is another example where a “hero” call can pay off really well.

Be wary of quiet players who all of the sudden become chatty during a hand. In many cases, this is a sign of a monster and they are trying to coax you into making a bad call. The reverse is also true – when a chatty player suddenly becomes quiet, it’s also a good sign of a strong hand.