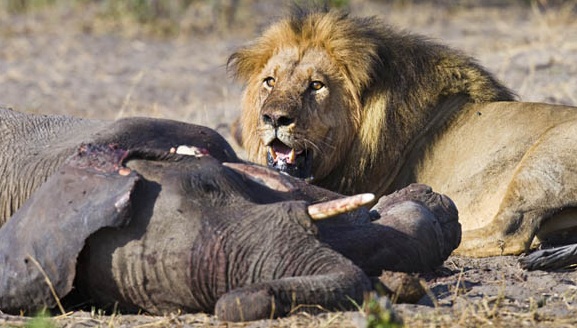 One critical tool almost all sites offer, that is usually overlooked, is the ability to keep detailed notes on your opponents. This ability is usually accessed by clicking on the user’s name. The best sites even have a colour coding system to make quick references without needing to read your notes.  This article will show you how to make the most of the tools given to you by combining them with a player identification system developed by Phil Hellmuth.

In his book Play Poker Like the Pros, Phil Hellmuth discusses matching your opponents play style with one of five animal personalities: the mouse, the elephant, the jackal, the lion and the eagle.

The mouse is a very tight player – otherwise known as a rock.  They generally only play premium hands and usually can be pushed off a pot they missed with aggressive play. However, if they start re-raising back, get out the way – they have a monster! Use the colour blue to represent a mouse player.

An elephant is generally a passive player that likes to get involved in a lot of pots by constant limping.  That doesn’t mean you can push them off pots and in fact they are more likely to continually call bets all the way to the river, even with sub-par hands. In other words, an elephant is what’s called a “calling station” and this is an example of the type of player that bluffing against is useless.  Use green to symbolize these types of players.

Jackals are the ultra-aggressive players. They are involved in a lot of pots and have no qualms with constantly raising or re-raising – hoping to strike fear in their opponents and getting them to lay their hands down. These types of players can be very difficult to play against as their range of cards is very large. If you’re able to land a huge hand against a Jackal, it’s advisable to play passively against them as they will likely do your betting for you. Use the colour yellow to identify this player type.

Lions are skilled predators with years of experience under their belt. They have the ability to properly access common poker situations and react appropriately. They are aggressive players with good starting hand selections and rarely bluff – but aren’t afraid to “switch it up” when called for. Lions are profitable players that regularly feed off the more predictable actions of the Jackal, Mouse and Elephant. Use orange to represent Lion players.

An Eagle player is the “total package.” These are the top 10% players in the world and you likely won’t run into them on a regular basis… but when you do and if you’re not playing your “A” game, your chip stack will likely be making its way to his side of the felt. Use red to identify these players and be very cautious around them.

Using this identification system with colour-coding will help you remember playing styles when running into the same player multiple times. Keeping track of the playing styles makes it much easier to know how to react in certain situations. The old saying “play the player, not the cards” is good advice and this system is a simple, yet effective way to keep track of the 1000’s of players you’ll compete against.